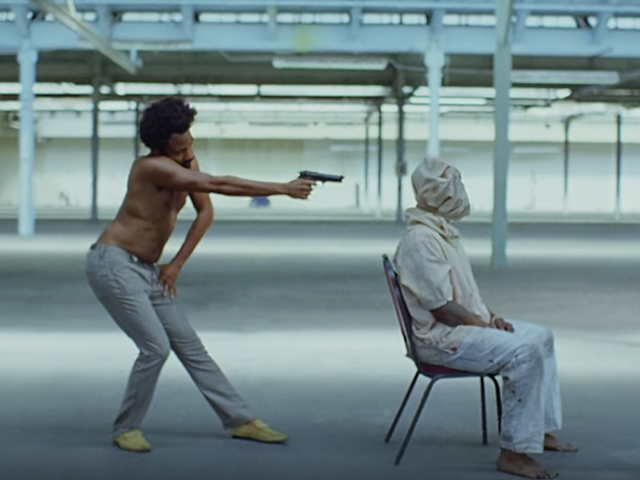 It's Election day, and to get in that political feel here is an assembly of the top-10 recommended tunes to take ya to the polls. If you have already voted, hell, download them anyway to get ya through the evening's fireworks. Enjoy!

#10 - Green Day - "99 Revolutions"-  From the first lyrics "There's a trouble in the air. A rumble in the streets. A going out of business sale and a race to bankruptcy" to Billie Joe Amstrong's final lyrics" We live in troubled times From the ghettos to an empty suburban home", 99 Revolutions reflects the stalled American dream for countless folks, and the outrage that the 1% of this country should not rule our lives so we, the 99%, need to rise up against this iniquity. Fan or not of Green Day, this song is must listen in the countdown to the election. 99 Revolutions Live

#9 - Billy Bragg -"Ideology" - Bragg's song places the spotlight on the "old men grinding axes" means of governing and politics that leaves the commonwealth demanding "a little more back from taxes like school books, beds in hospitals and peace in our bloody time".  As we saw both sides of the aisle squabble over the COVID stimulus bill that resulted in no relief for struggling Americans. "Ideology" provides a perfect musical narrative for us, The People, who need leaders and not career politicians. Billy Bragg

#8 - Muse - "Uprising" - Conspiracies abound! Qanon, the grassy knoll, 5G, Russian Agents killed Sean Connery, you name it, and it's a conspiracy. This is why Muse's "their out to get ya" song about the 1% keeping you under makes an appearance on this list. Although the song's intention vilifies an unknown power group and calls for action to rise against these "fat cats", there's a kinda a legitimacy behind the conspiracy narrative, and that's why it makes it this list. Muse Uprising

#7 Creedence Clearwater Revival - "Fortunate Son" - Yeah, it's a cliche choice, I know, but why it makes it on this list is that Donald J Trump used this song during a rally. The song stands against everything this man stands for! The irony is so delicious and earns its place on the list based purely on this. New CCR

#6 Monsters and Men - "Dirty Paws" - Okay, this may be a surprise from this mopey hipster band (whom I secretly really like) but this song is pure poetry in narrative. There is a "civil war" over the freedom to fly between the birds and bees. The birds represent independence and free thinking whilst the bees represent authoritarianism and dogmatism. Queen Bee and her regiments of killing machines destroy all nature including the blackening of the forest (burning forest fires?). The birds retreat, but with the aid of a "dirty paws" and creatures of snow, fight back the bees and eventually win the ability to freely fly in any sky above. Deep shit, but in a symbolic narrative reflects a great civil struggle we've faced as Americans and now look to a leader to give us guidance and hope to overcome authoritarian rule. Dirty Paws

#5 - Killing Joke - "I am the Virus" - Although written in 2015 and aimed right between George W Bush's eyes, the message in this industro-punk song fits perfectly for 2020. We hear "I am the fury. The spirit of outrage. I am the fire. I am the virus" as it is our message during the past four-years and the idea that there is a breaking point. It'll get you up early for voting. I am the Virus

#4 -Bruce Springsteen - "The Ghost of Tom Joad"- For those who may not be familiar with who Tom Joad is, he is the literary protagonist  found in the inspiring and oh so contemporary "The Grapes of Wrath" by Steinbeck. Now Springsteen wrote the song in 1995 to draw attention to the conditions surrounding Mexican immigrants (legal and illegal) struggles in trying find the American dream.  In 2020, we still see the struggles of these immigrants but also the obstacles facing all of us during these unprecedented times. That's why this song and the message of Tom Joad rings true for us.   "I'll be aroun' in the dark. I'll be everywhere-wherever you look. Wherever there is a fight so hungry people can eat, I'll be there. Wherever there is a cop beatin' up a guy, I'll be there...I'll be in the way kids laugh when they're hungry and they know supper's ready. An' when our folk eat the stuff they raise an' live in the houses they build—why, I'll be there. " The Ghost of Tom Joad

#3 - Sam Cooke - "Change is Gonna Come" - Whereas Springsteen's song speaks to the displaced, poor and hungry masses of America, this classic 1964 song speaks to one group and their struggles in America over the past 200 years. It became the anthem for the Civil Rights Movement and has as much power and inspiration for 2020.  Brilliance in it's biographic honesty. "There have been times that I thought I couldn't last for long. But now I think  I'm able to carry on. It's been a long, a long time coming. But I know a change  is gonna come, oh yes it will". Sam Cooke

Glorious Sons - "SOS" -  If you want to get a pulse on the frustration, fight for survival, inability to pay bills, hopelessness facing Americans, this song is perfect. It calls upon the lies, the superficial American dream, and the snake oil doled out to keep us dazed and confused. Why so high on this list?  It's a perfect 2020 anthem. It's our anthem for survival during these wild days which asks "who can I trust? Maybe people like us?" Sawed Off Shotgun